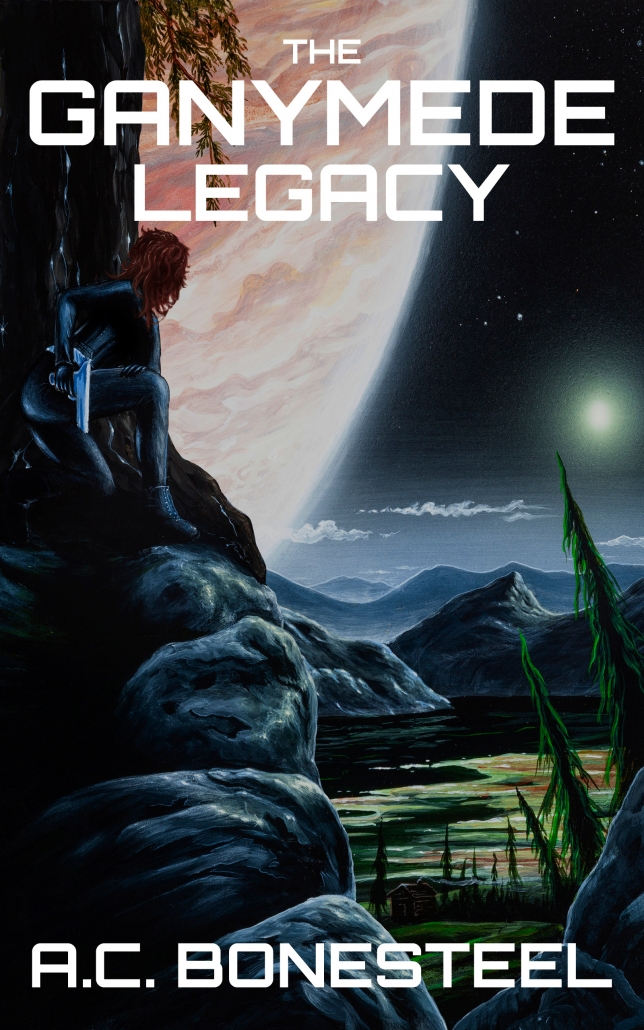 The Ganymede Legacy – A Sci-Fi Epic by Alex Bonesteel

The Origin Council thought the Ganymede weapon would end the war peacefully, but it didn’t. It malfunctioned and turned every last human being on that moon to dust — everyone, that is, but her.

She is Special Operative Alice Draem. She followed her orders. She released the weapon, but somehow, she survived.

The Origin Council imprisoned and studied her for years after the incident, but they never found the answer to her mysterious immunity.

After her imprisonment, they banished her to the outer colonies. She lived in that hellish place for eight years, drowning herself in whiskey and sorrow.

Now, a renegade member of the Origin Council plans to unleash the Ganymede weapon once again, and Alice knows that she is the only one who can stop it.

Note: Includes a special sneak peak of the next book in the series: Goddess of the Void