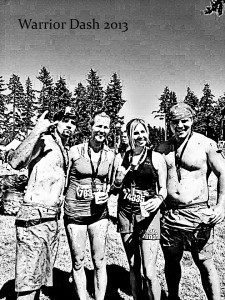 Well everyone, our St Jude’s Fundraiser is finally over. Melissa and I ran the Bonney Lake Warrior Dash a little over a week ago. We ran through forest and mudhole, went under ground, leaped over cargo nets, jumped over fire and crawled under barbed wire en route to a very good time of under 40 minutes. When all was said and done, melissa and I raised over $2,000 for St Jude’s, and as a group, all those who raised money for St Jude and ran in the warrior dash raised over $70,000 dollars. That’s 70 grand that will go directly towards finding cures and saving children.

Special thanks to everyone who donated.

Many others who donated anonymously.

See you again next year.